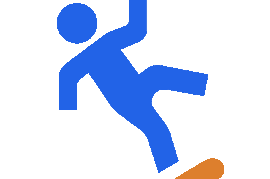 This small, nearly imperceptible punctuation mark is the cause of much frustration and guesswork in the English language. I will share simple, easy-to-remember tips and tricks to help you remember and know where to use an apostrophe correctly every time. Don’t ever guess again!

There are two reasons to use an apostrophe:

A contraction is simply a pair of longer words that have been shortened and “smashed together.” For example, do not becomes don’t, does not becomes doesn’t, it is becomes it’s. The apostrophe is used to show the two words have “married” and become “one.”

The first check to see if an apostrophe is even needed is to determine if the word is a contraction. Two commonly confused words are its (possessive) and it’s (contraction). In the following examples, this trip quickly helps us understand what form we need to use:

What does that mean, exactly?  This is a saying that will help you show possession for more than one owner. If it’s only one owner, then just show possession. Let’s take a look at the chart below (notice that let’s = let us…let’s isn’t owning anything :-))

The chart below helps show the progression from singular, to plural, to singular possessive, to plural possessive. Keep in mind, more than one person or thing can own one thing, as well as many things…

Notice how it can get a bit tricky when we deal with irregular plural forms, such as Child/Children and Person/People. Notice we pluralized first (children) then possesses (children’s). Notice how for dog, I can’t realistically think of a situation where more than one dog owns the same tail. I can think of a situation where more than one cat can own a single toy. For children, yes–we can have a setting where there is more than one child owning more than one mother–say at a daycare where the mothers are visiting. Certainly, a mother can have more than one child–children’s mother. Also, a child can have more than one mother if we consider cases of adoption and step relations–Child’s mothers. Davids’ is certainly more obscure, but let’s (let us) say that there is such a thing as a National Davids’ Mountain Bike Convention. This is where all men named David gather to show off their mountain bikes. For crowd’s demand, this would be one, single crowd giving and owning one, single demand. For crowds’ demand, this would be an example of, let’s (let us) say, a national movement, made of many crowds, who are voicing one, single demand. Of course, there could be a movement of many crowds voicing many different demands–crowds’ demands. Finally, people is already plural, so if we want to show people owning something, we simply add the possession (‘s)–people’s vote.

Tip #3: There, Their, or They’re? The apostrophe in they’re shows contraction–they are. The i in their, shows “I, I, I, me, me, me–mine,” which is possessive.

Ask yourself, “Is it a contraction? Does it show possession?

They’re / Contraction / They are
Their / Possessive (i)
There / Location/Direction

David Mason, M.Ed is the Founder of EnglishTutorsOnline and has a passion for teaching and learning in high-tech, online environments. He's been a classroom teacher since 2003, and has helped 8th grade to graduate level students from the U.S. increase their English skills. He also has extensive experience working with adult, international ESL students. Follow David on Google+ & Twitter.

Farther or Further?I or Me? Oh, My!

They’re There, at Their House
April 19, 2013
To, Too, or Two?
October 25, 2012
Weather vs Whether
October 25, 2012
Farther or Further?
October 18, 2012
Tags
academic affect apostrophes Beowulf commas difference EdTech effect English farther further Games grammar homophones in-text citation i vs me Lessons objects periods Prompt pronouns quotation marks subjects than their then there they're tips to too two tricks weather Webinar whether writing
@EngTutorsOnline